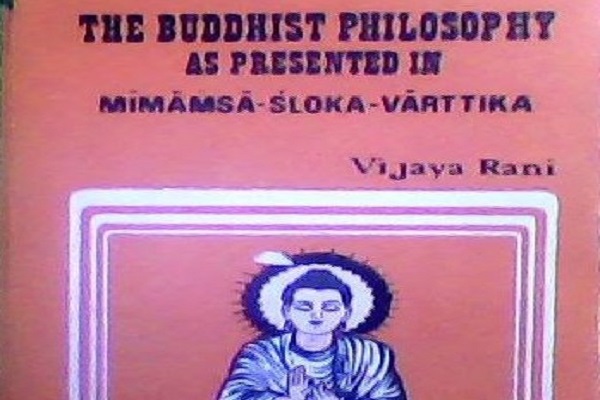 This book bring out the Buddhist Philosophical elements contained in the ‘Mimamsa – Slokavarttika’, the magnum opus of Kumarila Bhatta, the most prominent Purva Mimamsa Scholar (The other one is Prabhakara). He composed this work, ‘Slokavarttika’, to refute the arguments raised by Buddhist scholars, mainly Dignaga, Asanga, etc.

As a considerable portion of the works of Dignaga was lost on the course of TIME, Indian scholar are trying to re-construct the missed elements from other philosophical treatises. Kumarila’s ‘Slokavarttika’ have prominent role here as it is mainly composed to refute Buddhist tenets, especially logician’s arguments. In this book, Kumarila have quoted Buddhist arguments in ‘Purva Paksha’ faithfully, followed by its refutation. Thus missed Buddhist elements is retrievable from Purva Paksha portion and other portions scattered all over this voluminous work. (Kumarila’s ‘Slokavarttika’ work is considered as one of the biggest philosophical work in Indian Philosophy along with Dharmakirti’s ‘Pramanavarttika’ and Jayantha Bhatta’s ‘Nyaya-Manjari’: quoted from book).

Though not much thought provocative book, this is good to know the Buddhist elements in the ‘Mimamsa-Slokavarttika’ and Kumarila’s reply to them. The copy that I own, was printed before I born. An old and valued stuff in every respect.