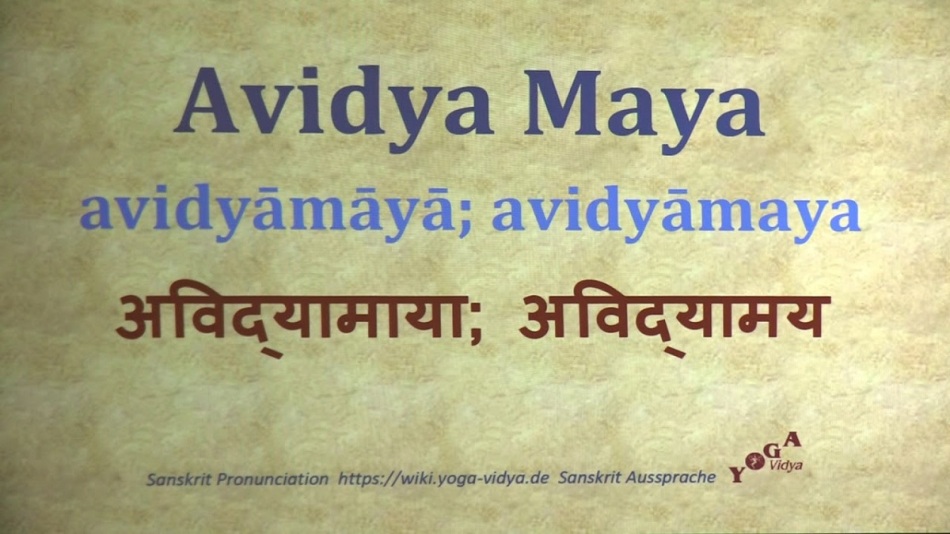 There are two terms that perplex students of Indian Philosophy to a large extent – Avidya and Maya. The exact meaning and usage of these two terms are not appropriately conveyed many a times. Hence, a short explanation is provided herewith.

In humans, the feeling of Dvaita (duality) is due to the influence of Avidya. The relation between Avidya and Brahman is in an unknown realm.

Maya can be considered as a power of Brahman. As far as a Moksha aspirant is under the influence of Maya, the realization of non-dual Brahman is impossible. This is because Maya is the origin of duality and diversity. Upanishads prescribe “Shravana-Manana-Nididhyasana” to get liberated from the influence of Maya.

The influence of Maya materializes in two ways :

1. Maya conceals the real non-dual nature of Brahman from the Moksha aspirant.

2. Maya presents a duality based, diverse and transitional world in front of the seeker, thereby misleading him.

From the aforementioned points, it is understandable that Maya has a dual face – a concealing one and a revealing one. It conceals Brahman from the moksha seekers and reveals to them a materialistic and transitional physical world which is a large hindrance in the path of realization. Thus, moksha seekers have to get themselves out from the influence of this Maya for attaining realization.

Jotting down a few points on Maya:

1. Maya is not something which has got its own independent existence. It is supposed to be dependent on Brahman for its existence.

2. The relation between Brahman and Maya is in agnostic level. It can’t be defined. Humans won’t be able to understand it either. Ordinary human beings cannot attain the realization of Brahma as they are under the influence of Maya. Those who have realized Brahman, will no longer experience Maya.

3. Maya and Avidya are one and the same.

(The third point will further be explained in another chapter)

2 comments on “The Relation And Difference Between Avidya & Maya”